Why Avoid Dark UX Patterns? What are the Hidden Costs to Aggressive Persuasion?

User experience design, also known as UX design, essentially aims at creating a seamless, often pleasant user experience in the context of a mobile application, website, and in some cases even a product or service. While UX design in itself has a positive connotation, like most other things, this stream also has a dark, ‘not so good’ side to it! And that is Dark UX.

What is Dark UX?

Any element of UX that has been purposefully designed to encourage customers to take actions that are beneficial to the brand and not the customers themselves is known as Dark UX.

It is important to understand that a Dark UX is inherently distinct from a poor UX.

In most cases, a poor UX element is a result of negligence, and at most results in inconvenience to the customer. On the other hand, a Dark UX element is designed deliberately and may result in the customer making purchases or taking actions that they did not intend on, thereby proving to be detrimental to the customer, either emotionally or financially, and in some cases both.

Internet users across the world come across a wide array of dark patterns on a daily basis, and across multiple websites. However, they may not always be able to identify them. Some of the most commonly used dark UX patterns include –

It is often tempting to use deliberate tactics to keep the users engaged for longer than they intend to, encourage them to make wasteful or wrongly priced purchases, or keep them from being able to unsubscribe to a service they no longer wish to use and pay for. That said, such practices are not considered ethical in most parts of the world. Besides, a business may suffer numerous long term consequences as a direct result of using Dark Patterns to fool their customers.

More often than not, brands that rely heavily on dark patterns often experience a decline in repeat business. The fact of the matter is, that most customers can only be coaxed once or twice into making unwanted decisions before they realise that they are being persuaded to do so. This results in a negative perspective about the brand and encourages the customer to look elsewhere for fulfilling the need for a certain product or service. This makes repeat purchases a rarity and often costs the company more than it earned from the said customer.

Transparency is the key. The only way to avoid Dark UX, is to ensure transparency through user journey to give better user experience.

It must be noted here, that regardless of how convenient or useful a website is if the customer notices a manipulative pattern, they are highly likely to make a switch. After all, no one likes to be outsmarted, especially when it is their hard earned money that is on the line.

Irreversible Harm to a Brand’s Image

In the era of Radio and Television marketing, if a brand pulled off something that was considered unethical, a customer could only complain about it to their peers and family members. Today, however, in the era of digital marketing, a single unhappy customer has the power to take a brand down that too with minimal effort.

A well-worded post on Facebook, an image of a Dark UX on Instagram, or worse a Reel on a brand’s ‘dark practices’ by a single customer can be seen by hundreds and thousands of people at once. In fact, if the post goes viral, it can be seen by millions of viewers in an incredibly short span of time and do significant damage to the brand’s image and identity. This makes it all the more important for a brand to be fully aware of their UX designs and patterns and to carefully avoid any dark patterns that may lead to long-term damage to its image.

As the name suggests, Buyer’s Remorse implies the state when the buyer regrets making a purchase. This regret becomes manifold if the buyer believes that they have been duped or coaxed by the website to make the said purchase or pay more than they initially intended to. Once the buyer’s remorse strikes, the chances of the same buyer making a repeat purchase become next to none. And more than the buyer, this change in behaviour adversely affects the business, simply because the cost of retaining an existing customer is much lower than that of acquiring a new one.

While dark patterns may seem to bring in increased revenues in the short term, when seen from a long-term perspective they often cause more harm than good. In addition to being deemed unethical and even illegal in some countries, dark patterns tend to repel users and hinder them from having a seamless experience. Moreover, there are numerous other ethical techniques that a business website can put to use, in a bid to improve conversion.

The main purpose and goal of a good UX Designer is to “Improve customer satisfaction & miantain loyalty through the utility, ease of use & fulfilment provided in the interaction with the product”. There is a difference between Dark UX and Bad UX. Bad UX is accidental and can be improved. Dark UX is purposefully designed to confuse users. For an example Bad UX is Confusing checkout process And on the other hand Dark UX is Purposely making it difficult to find ” X ” which help users to close the popup. There are many ways to avoid Dark UX:- 1. Introduce rigorous design practice standards for designers 2. Infuse Empathy while designing and courtsy of user interest. 3. Conducting extensive User Research and help to find user expectations, needs, wants, & pain points (areas) 4. Better user experience is the top most priority. 5. Always take inspiration from ethical design process. 6. Transparency is the key. The only way to avoid Dark UX, is to ensure transparency through user journey to give better user experience.

The term ‘Confirmshaming’ was coined by Harry Brignull, a U.K.-based UX expert. An act of deliberately guilting the user into opting in for a subscription service or entering an email list or the like is known as Confirmshaming. It is a type of Dark UX Pattern where the option to decline a task is worded in a way that shames the user outright. Then this guilt-charged manipulation is used to encourage them to agree to the subscription etc.

While there are no explicit rules in India pertaining to Dark UX patterns, the Indian Constitution does have a Competition Law in place, under which coercion is considered as an exploitative practice, and forms an element of the abuse of market dominance. 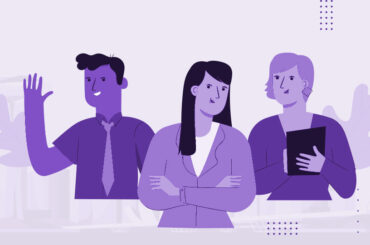